Along with all the daffodil bulbs and baby birds that think it’s time to pop out and get chirping, I’m feeling similarly unseasonable thoughts and have gotten into spring cleaning mode. After all, I need more room to create more things! Am I right or am I right?

Although it often feels like a monumental task to rid myself of things I don’t need (oooh, but I might wear/read/use/need it later), I was clearly in rare form and joyfully came up with two giant bags of items to donate to a local thrift store.

I say it now. I love a good thrift store and I adore a good treasure hunt. And I am in love with this one store in particular. Over the years, I have found such an array of great things there. And the ladies who run the place, although gruff and no-nonsense with most people, are not only kind to us, but they’re especially fond of my kids, giving them little fun treats, like most recently a cute wind-up snail. 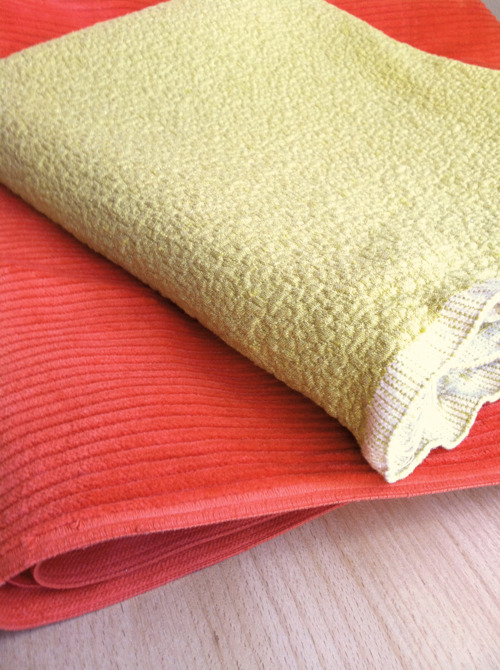 Along with donating stuff comes finding stuff. Clearly the treasure hunt gods have been smiling down on me recently as I scored these two new pieces of juicy fabrics. The picture doesn’t quite do them justice. There’s the shimmery woven gold upholstery-weight, probably about a yard and a half’s worth, and then there’s the nearly four glorious yards of cotton wide wale in a beautiful reddish-orangish-rose color. All for less than $5.00 smackers total. I’m not sure what the corduroy will be turned into, but the gold is screaming out to reupholster a hallway bench sometime in the future. Love this type of loot.

And when it comes to donating stuff and finding stuff, here’s a case in point: 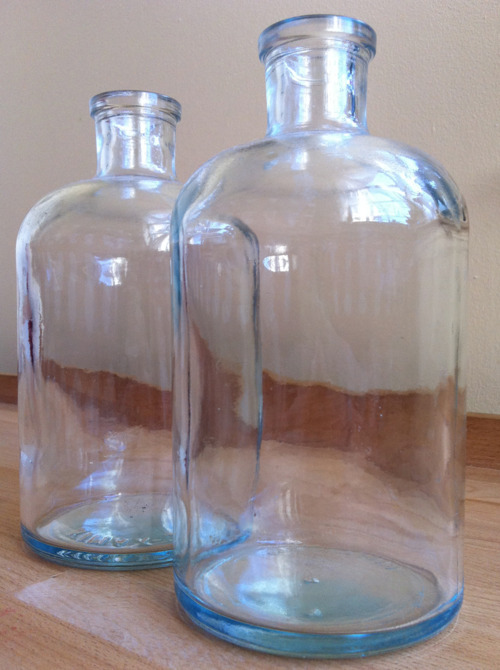 Two bottles. Two bottles that I somehow acquired at a yard sale. I recall the woman saying, “Pleeeease. Take them. I have a whole case!"

And then they just sat there. In the kitchen, taking up space. I swore I could come up with a use for them and I even polled friends. Alas, nothing that truly made long term sense. Their openings are too small, at about a 1.25” in diameter and they called for cork stoppers but I didn’t have any and just wasn’t compelled to get some. I guess I could have made some sand art thingies with The Bub, but space is at a premium and I can’t bare to fill it with nonfunctional things at the moment. End decision: donate ‘em!

And on that same donation drop-off visit, I found some fun and functional replacements… 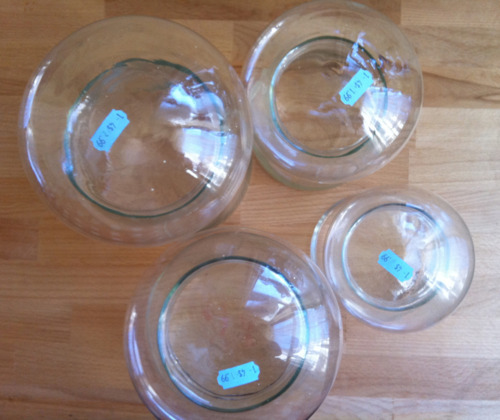 There they were, four vintage 70’s apothecary jars, all waving hello to me from the shelf, but I thought it ridiculous to take them all. I have my limits, you know. With an abundance of self-control, I bought two. (My brain chanting, “Drop two off, get two, not four, you crazy woman.”)

Then I came home, stared at them and realized I needed them ALL! See ya later, self control! I went back the next morning and got the last two. Sure, sure, I know they’re a bit on the novelty side of things and I might just hate them in a year. I really do try my best to predict what I will tire of the least, thus clear glass is a much safer bet than any particular pattern.

But really, come on. I just couldn’t resist these amusing containers and thought they’d look grand holding an array of my art supplies. 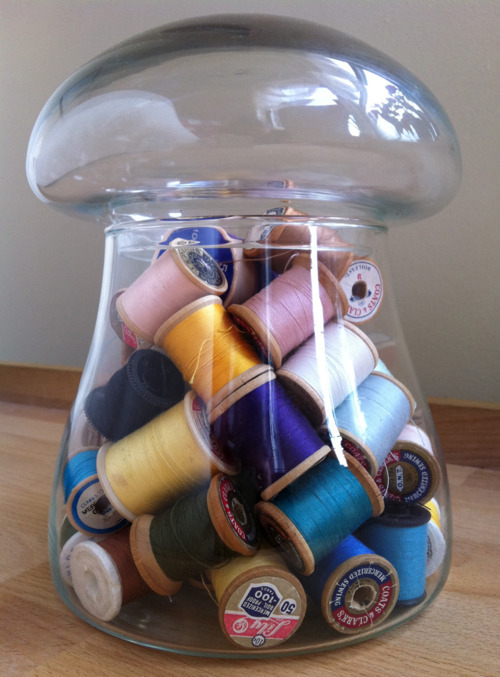 After a nice cleaning, I’ve filled them all up. I was so giddy, I actually found it kinda hard to decide what to put in them. I love how they look. I’d guess something like drawing pens would look even better as they’d stick up into the dome area more. As a side effect of all this content shifting, I now believe I own too much sewing thread, as the spools filled up more than the one jar I had first allotted. That just means I’ll have to sew more, purge more or buy more kooky jars.

The quest to rid myself of the unsightly useless and surround myself with the (fun)ctional useful continues!

Are you into spring cleaning mode? How do you decide what to get rid of? And are you a fellow rabid treasure hunter? What’s been your favorite score?