Didn’t Everyone Have a PJ Bear?

Am I the only one who randomly assumes everyone else grew up with the same things I did? Maybe so.

It’s a bit mad on my part as my childhood was such a tapestry of different things, but hey, you never know and I’ve often been surprised.

Here’s something I was specifically wondering about… 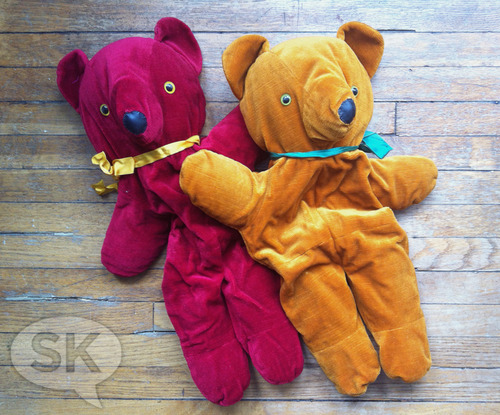 While going through a box of childhood toys recently, I came across these two seemingly straight-forward bears.

The red one, as I recall, was my brother’s, and the caramel one was mine. I think because it had my favorite green-colored eyes and bow, I claimed ownership of it the moment they were presented to us.

If memory serves me, we received them from either an English or Australian family friend. I can’t recall whom exactly, but being a huge teddybear lover, I loved ‘em right away.

Innocuous enough, but these bears do something special… 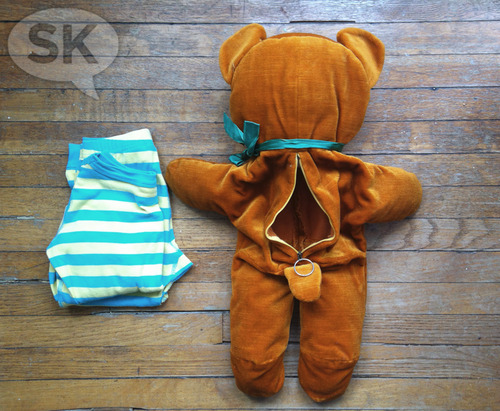 Their bodies are stuffed except for their tummies and when you flip them over, they have zipper-openings in which you are meant to fold up and put your pajamas into.

As I remember this was the perfect incentive to get me to make my bed, culminating with this final step of stuffing my pjs inside the bear and placing him on my newly-made bed…and I loved that part. 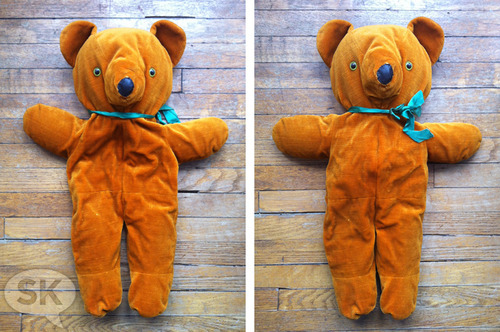 So when I rediscovered them the other day, I immediately bequeathed them to my kids and showed The Bub how they work. Sure, maybe I am hoping for a similar newfound passion for proper bed-making. 😉

He was quite impressed, which made Mama happy.

Growing up, I always thought every other kid had a pajama teddybear on their bed too, but on closer inspection all these years later, I see that these bears were actually handmade especially for us, so maybe they were truly one-of-a-kinds. They’re beautifully made, I might add. Also, thanks to my mom’s masterful archiving skills, they look brand new all these decades later. Shoot, they look better than I do.

So while I still wonder if anyone else on the planet had something similar, it also occurred to me that this old idea could easily become new again with a resurgence of DIY pajama teddybears. Or if you truly can’t resist the ever-present owl craze, pajama owls.

How cute would those be? I’m onto something, methinks. 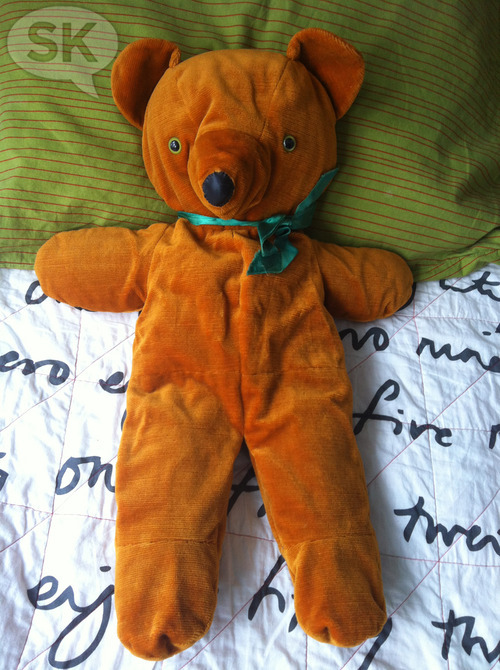 Come on. Just look at him. Kinda makes you want to make one for yourself, no?

Hmmm, maybe I also need to make myself a more sophisticated version so I can fall in love with my daily bed-making ritual again.

Bwhahahaha. Hang on. Who am I kidding.