I thought I’d share with you a stuffed toy (or in trendy vernacular, ‘plushie’) idea that I had for Spoonflower’s latest contest, which opens for voting tomorrow. I’ve realized that for practicality’s sake, I really like things with multiple functions. Or even one practical function for that matter. I say this only because otherwise I’d surely be surrounded by plushies and throw pillows galore. I love a good throw pillow, but seriously, how many does one home truly need? I’m a sucker for them but I also know if I were left to my own more-emotional-and-less-practical devices I’d have enough to fill a shipping container with me swimming around somewhere in the middle of them.

So when SF called for plushies, I thought, “Okay, we have gobs already. What can I make that’s a bit different and has an additional use?” Play food was the first thing that came to mind, but not only did I not have the energy or time to design and sew all the tiny components I was dreaming of, but in truth I thought one giant beer can plushie, stuffed with a couple of jingle bells inside, would be the funniest baby rattle for my 3-month old. Not necessarily as hilarious to everyone else. Over-thinking it (as I do with just about everything), I realized a rattle’s lifespan would be a relatively short one in our household and I wanted something that both kids would find useful. That’s when Toothy entered the picture…

Oddly enough I had had this idea about a year or so ago and revisited a rough sketch of it in my watercolor pad as I had initially planned to color it that way. I did another quick little sketch with my revised idea, inked it and scanned it only to find I wasn’t loving the socks as they were. 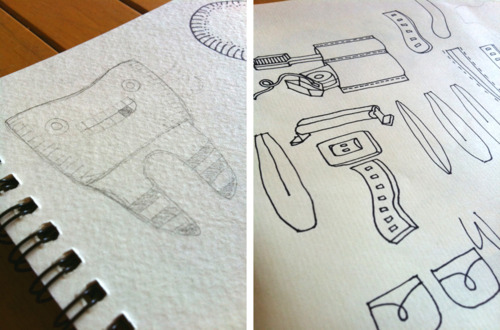 This is where I formally thank my husband for pushing me towards my tube sock idea. ’“That’ll be funnier,” is all he had to say. I don’t always work the same way when I’m creating a design; this time I was perfectly happy inking all the bits and pieces I’d need separately so I’d have the option to scale and size them individually later. You’ll notice that Toothy was even going to have back pockets, but I skipped that because I found it funnier to not quite know if Toothy even had pants on in the first place. It’s the small things that I find hilarious for no reason. 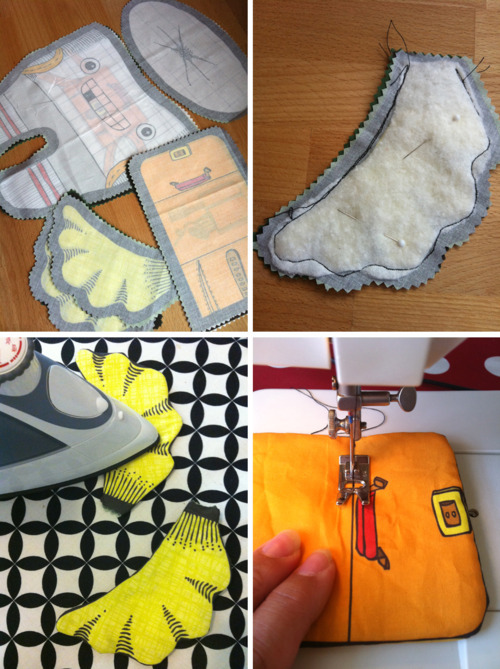 After placing my order I already had tweaks I wanted to make but was happy to know I’d get my kit in time to sew up before the due date. After receiving it in the mail, I found a few more things to change once I got cutting and sewing when I could see the required adjustments better (remove giant accidental grid pattern, rotate backpack contents and add toothpaste so they peak out better, reduce the size of the tooth crown…).The final epiphany was to create a name plate on the backpack so a personalized name could be embroidered onto it.

Things I did along the way, as personal preference, were to use only black thread throughout and to thinly pad both the wings and the backpack just to make them a tad more substantial. I never claimed to be a stellar seamstress, er, sewist, so you’ll pardon anything that looks messy. It’s all on the inside of Toothy now so nobody will be the wiser, right? (Plus, if you look closely, you’ll see that I hate ironing, as there are wrinkles everywhere. I really only showed you that picture above so you’d know I own an iron and can plug it in if push comes to shove.) 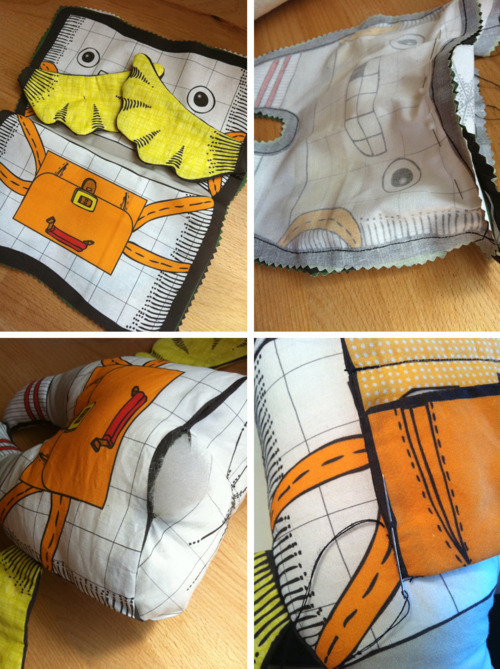 The biggest challenge of all was showing my work to the lead foreman on this here craft project. I held my breath during inspection… 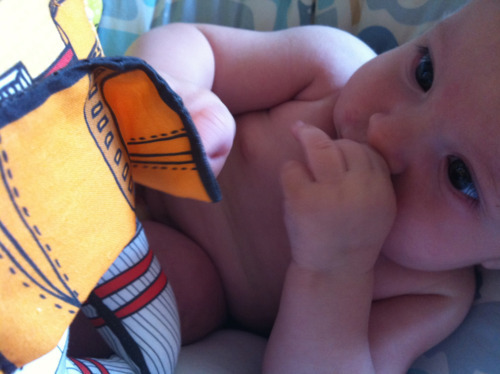 The adjusted patterns for Toothy in four different color combos are already available for purchase here. I plan to order all four versions as well, so I can have two for my kids and some more for gifts. This was so fun that I’d actually love another plushie challenge again. Not sure what I’ll think of, but it’s process of getting to that end point that’s the real thrill. And I love that I end up getting to make personalized things for my kids to use. That makes me very happy. 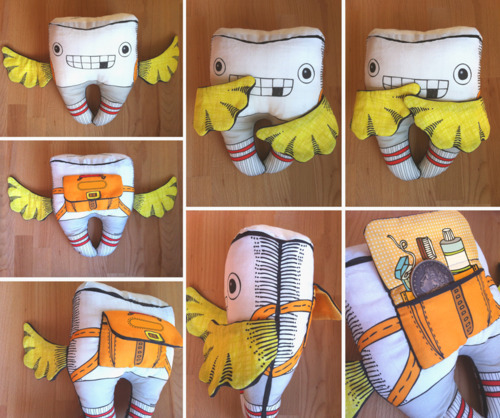